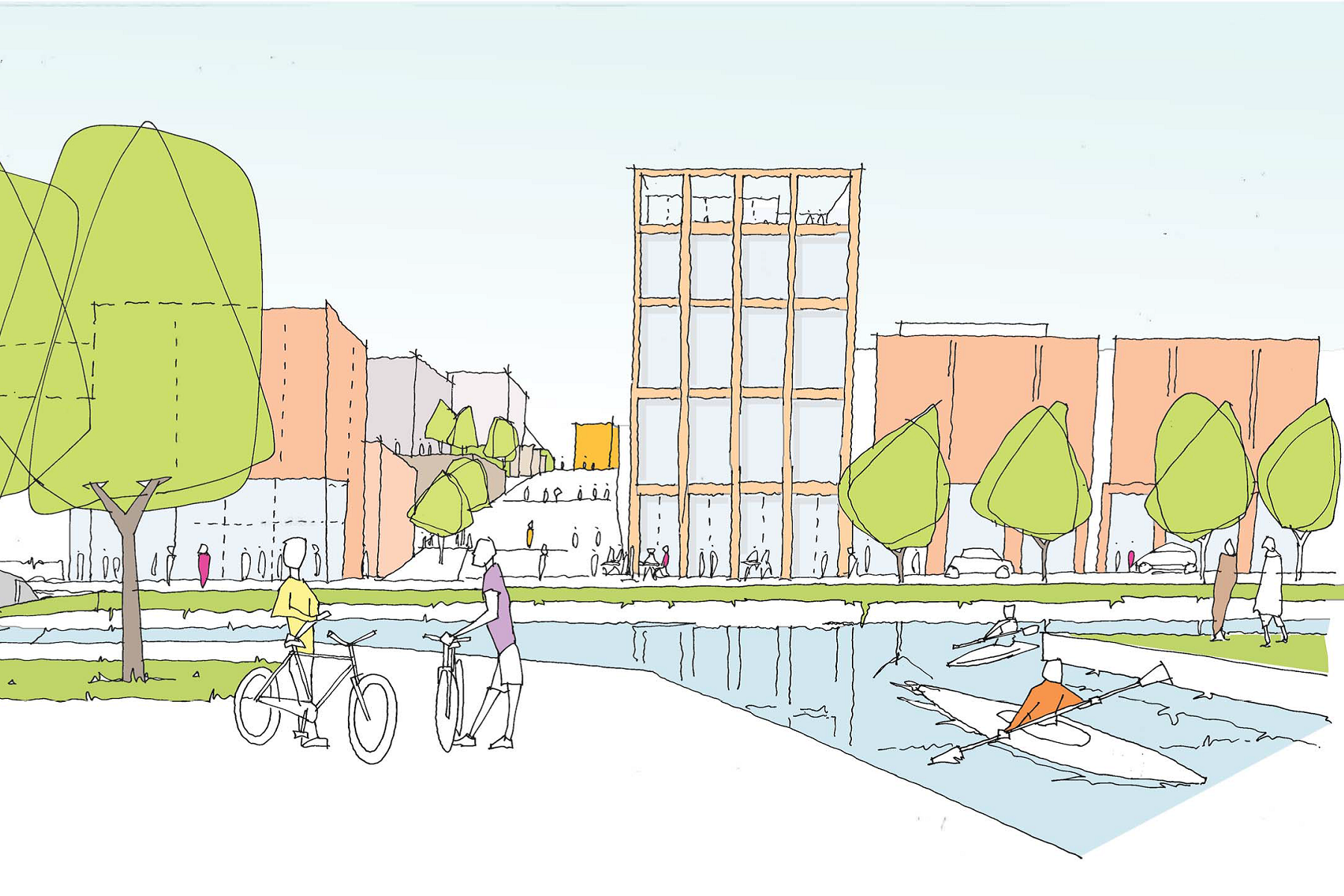 Posted on 25 Aug in Projects 0 Comments

Glasgow City Council’s Executive Committee today (25 August) approved grant agreements with partner organisations Scottish Canals and BIGG Regeneration, to regenerate areas and communities along both sides of the Forth and Clyde canal on the north side of Glasgow city centre.

BIGG Regeneration is a pioneering partnership between igloo and Scottish Canals, which has been formed to help deliver change along Glasgow’s Canal, in association with Glasgow City Council.

The grant agreements will help deliver funding worth over £11million for the next stages of a surface water management programme that will enable land near the canal to be regenerated. They will also facilitate the development of the vacant 100 Acre Hill former distillery site in Port Dundas, which will be carried out by igloo for BIGG Regeneration.

The development of the 100 Acre Hill site is key to the regeneration of the north canal area as it will hugely improve connectivity between the city centre, Sighthill and Possilpark.  The site is seen as a key regeneration priority, and has a potential capacity for up to 500 homes and 6,000 square metres of commercial space.  This £5.67million project will address the site remediation, access and infrastructure work costs.

The water management programme – the North Glasgow Integrated Water Management System – will provide the infrastructure to control water levels on the city’s branch of the Forth and Clyde Canal, lowering it during heavy rainfall to relieve pressure in the surrounding areas.  The agreement approved by the council committee today will provide £5.6million funding to develop and implement this programme.

The agreements approved today will move the development of the projects to Full Business Case status including detailed design and site investigations.

Council Frank McAveety, Leader of Glasgow City Council and chair of the Glasgow City Region City Cabinet, said: “These agreements mark the next stage in the regeneration of the canal corridor, and will take what has already been achieved in the area in recent years to another level.  The north side of the city centre has great potential, and unlocking this through remediation and flood protection makes the area very attractive to developers and investors from both the public and private sectors.”

Peter Connolly, chief executive at igloo, said: “Today’s approval of the grant agreements for the continued development of the Forth and Clyde Canal and the 100 Acre Hill site in particular, is another huge milestone in the regeneration programme for the area. It will potentially see an additional 500 homes being delivered in an area where housing remains a key priority.

“igloo is already developing the highly successful Maryhill Locks site for BIGG Regeneration, which has brought contemporary, urban family living to a brownfield waterside site on the Glasgow Canal, so we are confident that we can replicate this award winning ‘igloo’ approach at the new site.”