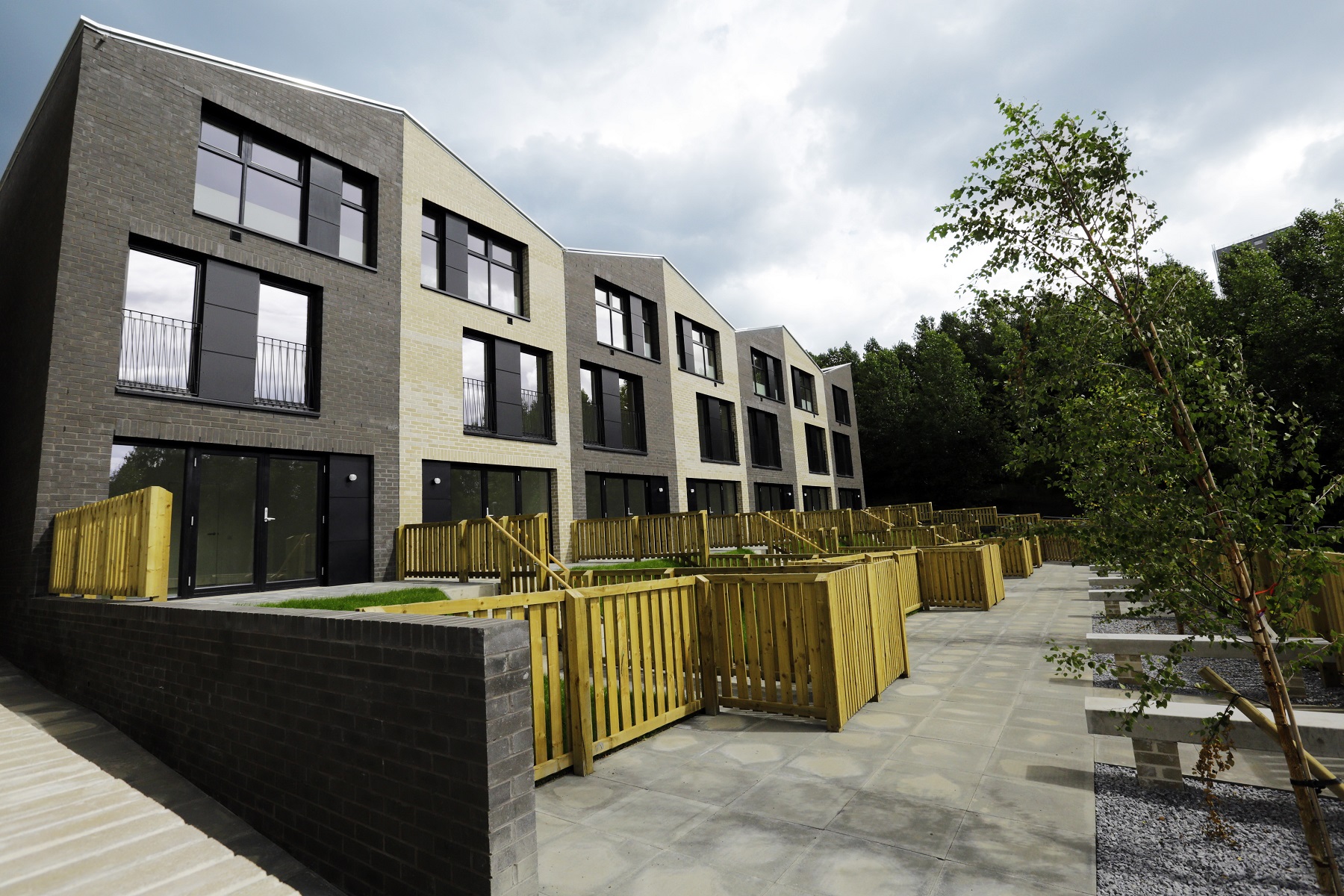 Posted on 11 Jul in Uncategorized 0 Comments

igloo is delighted to announce that Whitelaw Street at Maryhill Locks has picked up the ‘Starter Home of the Year’ accolade at the Scottish Home Awards.

The event was founded in 2007 to recognise excellence in the Scottish housebuilding industry.

It is an independent awards programme, run for the benefit of the housebuilding community, with the objective of helping house builders and housing associations sell, rent or promote their properties more effectively.

Whitelaw Street at Maryhill Locks is a development of contemporary terraced homes in Glasgow delivered by Bigg Regeneration, a partnership between igloo and Scottish Canals.

Designed by Glasgow-based McGinlay Bell architects, the homes at Whitelaw Street are influenced both by classic West End terraces and modern European townhouses.

As well as each home benefiting from its own private garden, there is also a landscaped, shared space where neighbours can relax together, as well as a new playspace being created as part of the parkland next to the River Kelvin.

Gary Watt, Development Manager at igloo Regeneration said: “We’re extremely proud of the Whitelaw Street project and the impact it is having – the community response to the project has been fantastic. This award is further testament to the imaginative design approach and the close attention to detail taken by the team to deliver something special for the first time homeowner”.