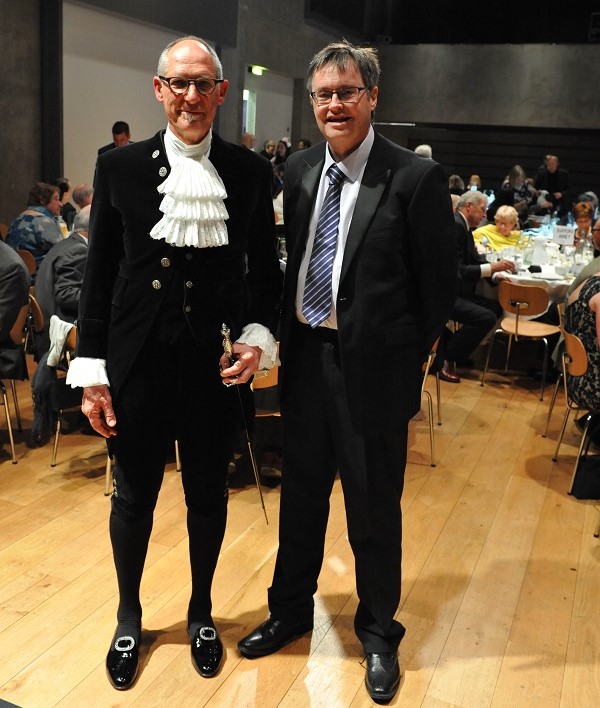 Vice chair of igloo and chief executive of Blueprint, Nick Ebbs, has been appointed as High Sheriff of Nottinghamshire. He formally accepted the position at an installation ceremony, which was attended by nearly 200 people at Nottingham Contemporary, marking the start of his year in office.

High Sheriffs are appointed by the Queen through a Royal Warrant. The office dates back to Anglo Saxon times. Once very powerful with a wide range of responsibilities, their duties and powers have changed significantly over time. In the modern context, the role embraces ceremonial, civic, judicial and community activities directed at making a positive and public-spirited contribution to the county they represent.

During his year in office, Nick will support homeless charity, Framework, by raising awareness of its work, helping to identify opportunities for support, and encouraging fundraising.

Nick said: “Holding the office of High Sheriff is a great privilege. In addition to fulfilling its ancient ceremonial and civic duties, I will be using the unique opportunities which the role provides to make a difference in tackling some of the challenges faced by people in Nottinghamshire today.

“In my professional life I am involved with housing and regeneration, so it was a logical step to choose Nottinghamshire’s leading homelessness charity Framework as my partner for the year.  Framework is well known for making a positive difference to people’s lives across Nottinghamshire and I look forward to becoming familiar with its work and assisting in a variety of ways.”

Andrew Redfern, Chief Executive of Framework, said: “I am delighted that Nottinghamshire’s new High Sheriff has chosen to support our work and to help raise Framework’s profile. At a time of record levels of rough sleeping, when people in crisis are struggling to find the support they need, help from the community is of great importance and the High Sheriff can be especially influential.  On behalf of everyone at Framework, I thank Nick for his generous support. We very much look forward to working with him in the year ahead.”

Nick continued: “I really like the irony that the direct descendent, by appointment, of Robin Hood’s nemesis has set himself the task of supporting the homeless – the poor and disadvantaged.”