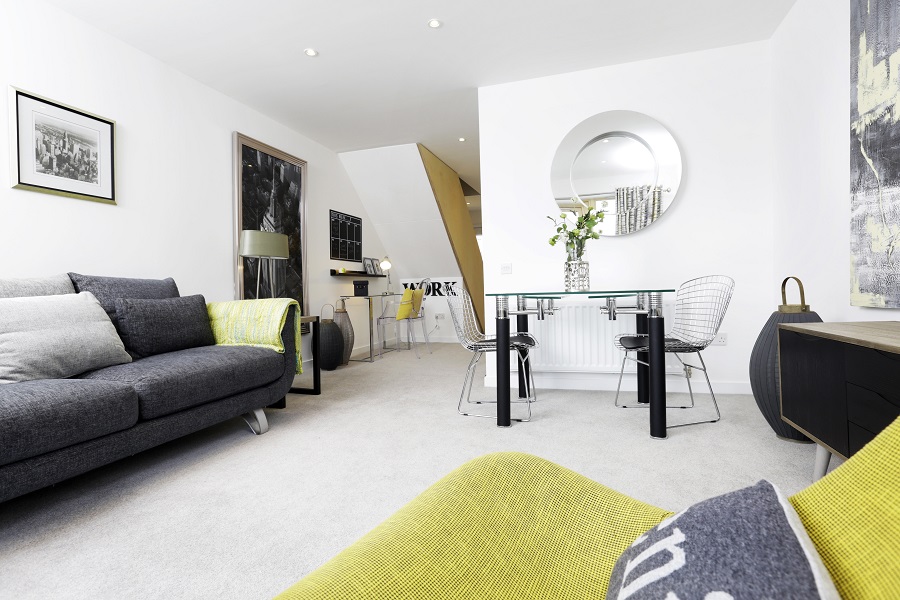 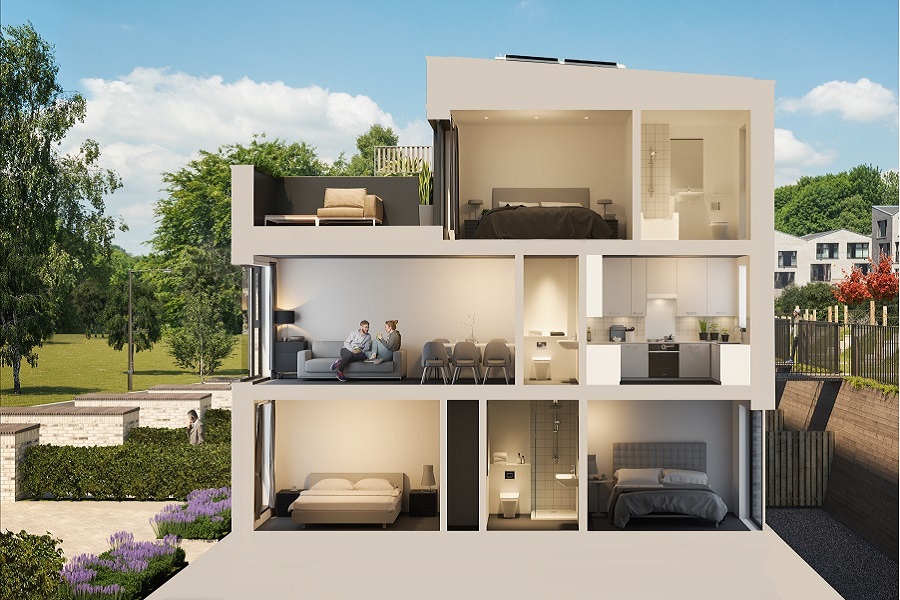 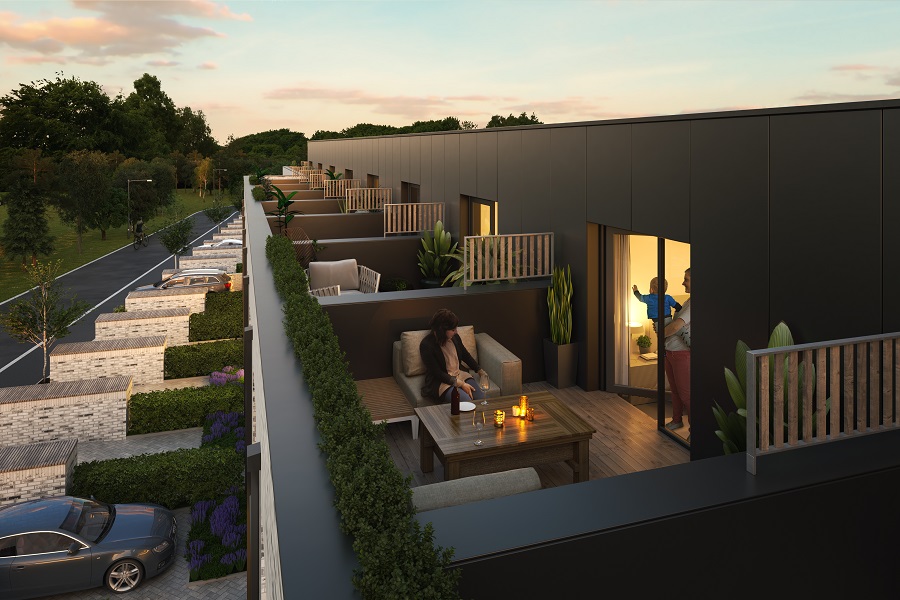 Maryhill Locks is a masterplan project that aims to bring well designed, tenure-mixed housing to a brownfield, waterside site that nestles between the Glasgow canal and the River Kelvin. Phases 1 and 2, delivered by Maryhill Housing Association, comprised 160 social rented and shared equity homes, with Phase 1 winning the Scottish Prize for Architecture. Whitelaw Street (Phase 3) – by BIGG Regeneration – comprised 40 terraced homes for private sale, which captured the igloo philosophy by showcasing a contemporary, street orientated, urban family housing development, set in the context of a wider neighbourhood renewal.

Construction and sales completed in spring 2017, and the project won Best Starter Home at the Scottish Housing Awards. Lochgilp Street (Phase 4) will further enhance the growing reputation of the place, and will contain 33 homes which will benefit from a river-side and parkland setting. A site start is scheduled for early 2018.

The best in contemporary design

The design by local Glasgow architects McGinlay Bell strikes a chord with the history of Maryhill – a place where the first Clyde Puffers were built; where the glass blowing industry flourished; and where the Kelvin Aqueduct stands proud, considered a wonder of the world when it was opened. In recent times this theme of designing and making has continued – Maryhill is now where Andy Scott has his studio; where Turner prize winning artists Douglas Gordon and Susan Philipz grew up; and where Rogue One created some cracking murals on the edge of our very own site – Rogue One Panther & Rogue One Bobby and Bumblebee.

Our designers have continued this ‘tradition’ and dared to be different, by proposing a concept that is more than a little bit brave and bold. In doing so, these homes will add to the ‘new’ character of the place and enhance its reputation as a neighbourhood people will think about choosing to live.

The homes will be affordable to buy, low cost to run, and will benefit from some shared spaces where residents can gather, chew the fat and let the children play. Who knows, maybe a sense of belonging and community will grow. That’s our hope anyway.

A short history of the area

Hew Hill, the Laird, or Lord, of Gairbraid, had no male heir and so he left his estate to his daughter, Mary Hill (1730-1809). She married Robert Graham of Dawsholm in 1763, but they had no income from trade or commerce and had to make what they could from the estate. They founded coalmines on the estate but they proved to be wet and unprofitable, and their property ventures are best known for an acre of ground they did not sell. It is still known as Acre today.

On 8 March 1768 Parliament approved the cutting of the Forth and Clyde Canal through their estate, which provided some much-needed money. The canal reached the estate in 1775, but the canal company had run out of money and work stopped for eight years. The Government granted funds from forfeited Jacobite estates to start it again and the crossing of the River Kelvin became the focus for massive construction activity. Five locks, the great Kelvin Aqueduct and, between two of the locks, a dry dock boatyard were built. A village too began to grow up and the Grahams fed more land for its development. Robert Graham attached one condition that was to immortalise the heiress of Gairbraid, his beloved wife and the last in line of centuries of Hills of Gairbraid after the death of her father Hew Hill. The village was to be “in all times called the town of MaryHill”.